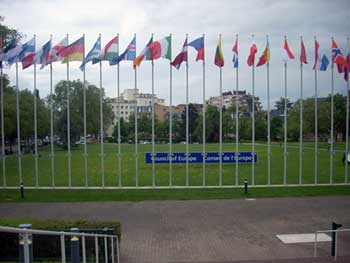 Convention for the Protection of Human Rights and Fundamental Freedoms (hereinafter:Convention) has been applied in the Republic of Serbia since March 3, 2004, when the instruments of ratification were submitted to the Secretary General of the Council of Europe. Previously, on March 3, 2003, the Convention was signed and ratified the same year by the then State Union of Serbia and Montenegro.

When the State Union of Serbia and Montenegro ceased to exist,the position of the representative is harmonized with the new position of the Republic of Serbiaand in accordance with that, a new Regulation on representation was adopted ("Official Gazette of the RS", number 61/06 - Cleaned up text) which retained the essential provisions from the previous Regulation. The representative continued to act within the Ministry of Human and Minority Rights.

After the Ministry for Human and Minority Rights was transformed into the Service for Human Rights and National Minorities of the Government of the Republic of Serbia, the representative before the European Court became the Deputy Director of the Service at the same time.

After the amendments to the Law on Ministries in 2011, Sector for representing the Republic of Serbia before the European Court of Human Rightshe continued with work within the Ministry of Justice, and at the same time the representative became an assistant minister.

Zorana Jadrijević is young from August 5, 2019, she was appointed acting, and from November 12, 2020, she was appointed to the position Deputy State Attorney - representative of the Republic of Serbia before the European Court of Human Rights for 5 years (professional biography)